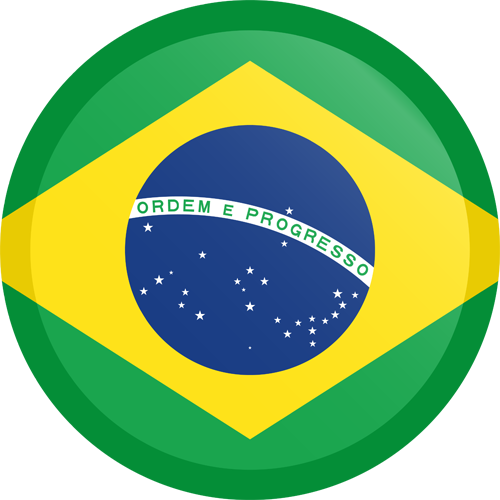 Brazil is one of the world’s largest countries, holding the position of 5th place behind the countries Russia, Canada, China, and the USA. It is a sovereign state which occupies most of South America’s landmass, with its neighbors including Uruguay, Argentina, Paraguay, Bolivia, Peru, Colombia, Venezuela, Guyana, Suriname, and French Guiana. It encompasses within its total area of 3,287,956 square miles a diverse terrain including savannas, wetlands, plateaus, and low mountains as well as most of the Amazon River’s basin. The country has an extensive shoreline on the Atlantic Ocean consisting of 4,600 miles of beach and cliffs. The capital of the country is Brasília, but the most prominent and often visited by tourist city is Rio de Janeiro.

Brazil is often recommended as a location for abroad studies alongside countries such as Austria and Australia. This is due to the advantages which the sovereign state provides regarding institutions, programs as well as job opportunities. To begin with, Brazil has an extensive list of universities, many with a long history of training and preparing students who in turn have contributed greatly to their fields of expertise and the world. Examples include Oscar Niemeyer, a famous architect known for his unique style of architecture, who had graduated from the Federal University of Rio de Janeiro. And Fernando Meirelles, a renowned film-maker who studied at the University of São Paulo. Of the various institutions available, popular ones tend to be the Oswaldo Cruz Institute, the Brazilian Agricultural Research Corporation, and the Brazilian Space Agency, which are some of the most highly regarded technology centers. Others include the already-mentioned University of Sao Paulo, where many of the country’s scientific papers are produced, and the University of Campinas which has established itself as a primary medical and scientific research center. It is also an institution that produces a substantial amount of patented materials. Of the impressive range of subjects which can be studied at the country’s institutions of higher education, the most popular ones are Engineering, Mathematics, Education, Chemistry, Medicine, Computer Science, Agriculture, and Economics. There are also plenty of opportunities to gain experience via volunteer programs such as teaching abroad through organizations like Volunteering Solutions or International Volunteer HQ. However, one should be prepared that they will need to study hard to enter one or more of the universities. As many require high scores on tests such as SAT or ACT or the country’s Vestibular which tests students in their knowledge of math, literature, biology, physics, history, and the Portuguese language. Also, tuition fees can be costly and the visa application process requires documents that can be challenging to acquire, such as proof that the applicant has enough funds to pay for their living expenses while studying.